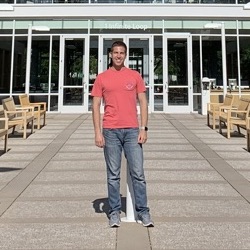 The founder of Kango Studios, redefining indie development since 2014

Kango Studios was founded in 2018, but I have been developing mobile apps on Apple's platform since 2014. Creating apps for Apple platforms has allowed me to display my expertise in software engineering, UI/UX design, graphic design, marketing, and much more against thousands of customers every day! All of our apps are developed using the Swift programming language and Apple's best practices both in development standards as well as human interface guidelines.

We're building the next generation of Apple Apps through design, privacy, and accessibility

Design is one of the most important aspects of a successful application. At Kango Studios we iterate tirelessly on the best designs in the industry. We follow Apple's Human Interface Guidelines and consider Apple's designs to be the gold standard.

At Kango Studios we believe that privacy is a basic human right. We build privacy into each and every application, collecting as little information as possible for our apps to work. On top of this the data that we do collect is anonymous and never sold to any third party.

Accessibility is key to a successful product, we want the entire world to enjoy our apps. Users from all around the world use our apps with varying degrees of disabilities and we design each application to be accomodating to each and every person!